issue
2
/
Age of Augmentation
/
Façades in the Tropics
<

The tropics are hot, and tropical cities are even hotter. Tall office buildings may have hundreds of people and computers in them. Cooling those buildings with traditional air conditioning causes even more heat to be exhausted into the air, creating urban heat islands. As climate change makes growing urban areas like Singapore even hotter, we will need to find sustainable cooling solutions that don’t make the problem worse.

Climate change will feel different from place to place, but in tropical Asia, it will mostly feel hot. Cities in tropical Asia are some of the fastest growing on the planet. They also seem to have an unlimited demand for office towers, typically made of glass, concrete, and steel—smooth and impermeable materials that repel water and shed it into the city sewers. The big glassy façades act as greenhouses, taking in solar radiation and making the interior even hotter. We crank up the air conditioner as a defence against these rapidly heating buildings, but in doing so we pump more hot air out into the surrounding environment. These tall hot buildings pumping out hot air and consuming electricity have a big cumulative effect on city temperatures. Not to mention energy bills and carbon emissions.

Air-conditioning loads combined with heat-absorbing artificial surfaces like asphalt and concrete contribute to a phenomenon known as the urban heat island effect. Urbanised areas retain more heat than their surroundings. In Singapore, a city already known for steam city summers, the CBD is about 4 degrees hotter than the well-landscapes farming areas around the city’s outskirts. This is not just an issue with feeling uncomfortably hot in cities, but about economic productivity. Most of the conversations around the urban heat island problem have explored solving the energy side of the problem. But William Saputra, a building façades engineer in our Singapore office, believes mitigating the emissions caused by urban heat islands on a city scale, could have big implications for helping combat climate change on a global scale as well.

William wanted to find a way for the building to not just block out the heat, but to actually shed it.

“The façade is always the largest surface of the building” says William, “It’s either absorbing heat, or at best insulating against it.”

While more buildings are being designed with shading devices and higher insulation values, over-worked air-conditioning systems are a reality of tropical living. But what if the temperatures around a building were reduced so that the air-conditioners within that building wouldn’t need to work quite as hard?

To solve this problem, William decided to try a materials-based approach. He was inspired first by human physiology. When people get hot they sweat, and the water on the surface of the skin causes the heat of the body to be transferred away faster than from dry skin. Singapore gets a lot of rain. As anyone who has been caught in a rainstorm knows, when your clothes get wet, you get cold. What if the façade of a building could store some of the rainwater and use it in the same way?

Many materials that absorb water, but not all of them can be integrated into a building. For this approach to meaningfully reduce urban heat islands and carbon emissions, William and his team needed to find something that could be easily and safely added to existing building components.

Waterlock, or sodium polyacrylate, is a common material used in everything from medical bandages and diapers to artificial snow. It can absorb large quantities of water—up to 1000 times its own weight. You can find internet videos of people pouring a few tablespoons of the powder into litres of water to turn the whole thing into a translucent white gel. William and his team began to look at ways to embed waterlock in porous ceramic panels to make a combined material that can store rainwater. Ceramic panels are already used in building façades, which means there’s no need to invent a completely new system. Waterlock can be stored inside cavities within porous the ceramic panels. Since Waterlock is also commonly used for other purposes, sustainable practices already exit around the manufacture, handling, and disposal, and even recycling of the material.

“The panels just need to get wet once every three or four days to be effective” says William. In a simulated hot box test, he found that Waterlock infused panels were up to eight degrees cooler during the day than concrete. Remember, Singapore CBD is an average of four degrees hotter than its surroundings. That’s a substantial difference.

Given that the building façade absorbs the most heat, any effort to keep it cool can have a large impact. If the façade could store rainwater, then when the sun returns, that pre-wetted skin would cool the building by evaporating heat. Some people have tried similar ideas. The team found one example of a water-cooled façade where water was pumped to pipework in the skin of the building. Innovative and worth testing, but as with most new methods, not without problems including cost, buildability, and sustainability.

William’s approach is more passive. By absorbing rainwater when it falls, the water is already where it needs to be, and this can reduce the need for water to be pumped to the façade. When there is a shortfall of rainwater, it can be supplemented with water from the building’s water supply. Singapore happens to be supplied with very clean recycled rain water through the reclaimed water from the public utility. This filtered water is so clean it is drinkable and is perfectly suitable to provide that extra bit of moisture when the weather doesn’t cooperate. Though that precise arrangement may work best in Singapore, the team believes their approach could be used in any tropical city.

“You just need lots of heat, and lots of rain” says William - which happens to describe the climate in many of the world’s fastest growing cities, from Bangkok, to Kuala Lumpur, to Jakarta to Ho Chi Minh.

The benefit could be enormous; four of the world’s mega-cities are tropical, and reducing their CBD temperatures by even a few degrees would make those cities more liveable and resilient, their buildings cheaper to run due to lower cooling requirements, and would also take a big cut out of global carbon emissions.

William has completed the first part of his study - testing the material. Now he's working with manufacturers to explore and test the simplest methods for integrating it into their manufacturing, handling and installation systems.

This story was written by Keith Little, as part of the Research Review series. The series is produced by the Arup Australasia Research team; Alex Sinickas, Bree Trevena and Jeff McAllister with contributions from Sheda and Noel Smyth.

William is a facades engineer in our Singapore office. 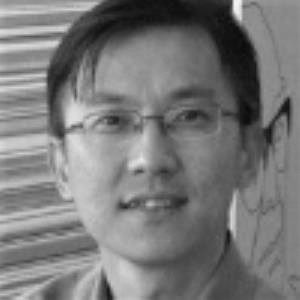 Richard
Tai
Richard is a façade consultant in our Singapore office. 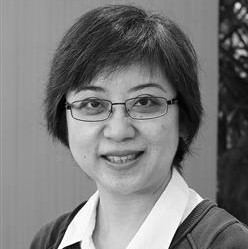 Wendy
Wu
Wendy is a façades designer in our singapore office.