issue
2
/
Age of Augmentation
/
Meeting our Makers in Steel Design
<

Technology has provided us with more powerful design tools than ever. We can design, analyse and print complex 3D objects with the click of a button. Why can’t we do the same with buildings? The answer is that construction is a complicated process with several steps between the design and manufacturing stage. With that in mind, how do we bring the engineer and the manufacturer as close together as possible so we can build faster, cheaper and more safely?

For as long as we’ve been building structures (5000 years or so) society has leaned on the designs and advice of the structural engineer. From the hand-pressed adobes of Timbuktu to the parametrically designed towers of steel and glass that rise above Singapore’s skyline, the tools of the trade have evolved drastically over time. With the advent of automation, that toolkit is about to change once more. Robots are appearing on our construction sites and 3D printers aren’t far behind.

Over the last few years we’ve been working with MX3D and TU Delft to print a 12-meter long pedestrian bridge out of weld material using two industrial welding robots positioned on either side of the Amsterdam canal. Shortly, a client will ship modular flat-packed houses to remote indigenous communities, which we designed to help locals with limited building experience and equipment to be able to assemble on site using virtual reality headsets as guides. But as technology pushes boundaries in many corners of the built environment, one of its central pillars—the construction industry—has remained firmly rooted in place.

Sean McGinn is a structural engineer who has worked all over the world, including in Amsterdam where he ran the Arup Buildings Group and got to know the MX3D project. Sean is now back in our Melbourne office where he and his team are trying to fold many of the opportunities offered by these new technologies into our daily practice. The problem, he admits, has less to do with technical readiness and more to with the business-as-usual nature of construction in Australia. These days, architects, designers, and builders are under so much pressure to deliver massive and ambitious projects quickly, cheaply and safety that it can be hard to get the time to test a new idea or method, let alone the time to think about it. Moreover, the traditional procurement processes prevent direct engagement between Designer and Manufacturer at the key early stages of the project where each can learn and inform the other's approach.

“It takes people with the spark of an idea and then the energy to actually get it off the ground, prototype it, and test it.” says Sean. “That’s one of the barriers to our industry moving forward.”

But from time to time, Sean and his team do find a client willing to experiment with them on a major project. The last few times they have, it’s really paid off.

At this point, it’s probably worth going over the steps that are needed to take a project from an architect’s imagination to the final built product. A land-owner, usually a developer or government body, sets up their plans and funding for a project. They commission an architect to draw up the first vision, be it precinct, building or piece of infrastructure. Those first architectural designs are then passed along to the engineer, who produces the engineering designs necessary to translate the architect’s vision into a safe and functional structure. Manufacturers are then sought to produce the parts and components necessary, for example steel beams and connections, to build the structure as designed. Once they arrive, it can be assembled on site. This process varies, and it's a lot less linear in practice. Usually the biggest risk to a project being delivered on time and budget comes from how the team is set up to handle changes in design. Because each role is so connected, these changes ripple through the design process, and can cause big headaches for major projects.

Last year, our team decided to focus just on the link between the engineer and the steel manufacturer. We wanted to find a way to give the manufacturers digital documents they could work with directly, rather than the static models and drawings that are traditionally produced by engineers in Australia. We hoped that by using this digital approach, we'd be able to manage the changes much more quickly. We found a project, the 60,000-seat Perth Stadium, a manufacturer who was happy to receive digital models, and a software program called TEKLA, which we used to automate our normal workflows. The result was worth it—we ended up with a quick, collaborative process, saving time and money along the way.

There are several reasons why smoothing out the connection point between the engineer and the manufacturer can be beneficial. The obvious one is that it makes building things a whole lot more efficient. Less material is wasted and when changes need to be made they are easier to manage. Bringing the designer and manufacturer closer also reduces the chance that information is mistranslated or dropped. This removes the likelihood of clashes when different components have different lead times. In Perth Stadium, for instance, many large columns needed to be ordered from overseas weeks in advance of other parts, which could be readily procured here in Australia. The cost of even the smallest misalignment could have resulted in significant time and cost issues. These days, it’s not uncommon to see project delay penalties over one million dollars per day.

Greater digital control also expands the limits of what we can build.

“Before Rhino, most buildings were simple geometric forms” says Sean, referring to the modern design software package. “Now we can readily define and analyse surfaces and forms that are geometrically complex. It’s opened the door to completely different building forms around the world.”

Rhino was instrumental in bringing the sweeping palm of Singapore’s Art & Science Museum from vision to reality. First, we modelled the external surface based on the architects Rhino model. We then worked backwards to determine what was needed for the cladding and structural components. The outcome was a model that was spatially correct and parametrically-defined from the get-go—and could immediately be fed to the manufacturers downstream using modelling software that they could use directly.

Closing these gaps between design and manufacturing has safety implications as well. Spatially precise models make it possible for us to design and coordinate complicated reinforcement solutions for infrastructure to facilitate prefabrication and reduce risk. As we move toward more modular construction practices, the ability to pre-fabricate offsite will also reduce the time contractors have to spend on risky construction sites.

“Construction needs to be simple in order to be safe” says Sean. The methods he and his team are working on can be expanded far beyond the limits of steel. The ability to deliver manufacturer-ready files is equally as valuable in timber construction. “It’s all about having a proper connection with the people who actually make the stuff.”

As we use research to push the boundaries of our practice, it will only expand the scope of what we can produce. Recently, our Americas team built upon our findings from Perth Stadium to deliver a completely joined-up model for the New LA Stadium. This stadium will house 100,000 spectators and be used for the 2026 FIFA World cup and the 2028 Summer Olympics. Thanks to those methods, we could turn this design around in a record time.

We also open the door to a new type of feedback loop. Information has the potential to flow both ways. Theoretically, we could back-calculate the designs required to replicate an existing form. Recently, on a project, Sean wanted to use a skew brick arch. When he attempted to track down a bricklayer capable of building one, he found that the craft in Victoria had largely been lost.

Immediately, Sean thought of a video he’d seen online. In it, a robot was laying bricks faster than even the most skilled tradesman, while a human labourer helped by bringing the robots bricks. If robots can learn to lay brick, surely they can they can untangle the mystery of the skew arches, he thought. How charming it would be if these robots could then teach us all they'd learned of the lost craft back to humans as well? 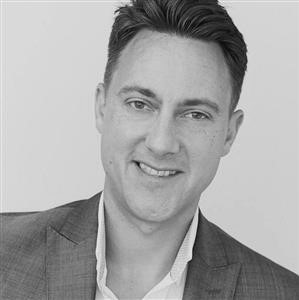 Clayton Riddle
Riddle
Clayton is a structural engineer in our Melbourne office. 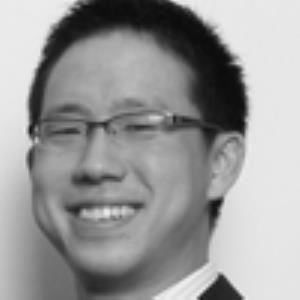 Kermin
Chok
Kermin is a structural engineer in our Singapore office. 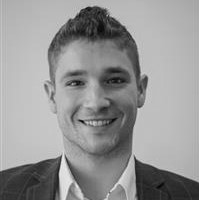 Josh
Finnin
Josh is a structural engineer in our Melbourne office. 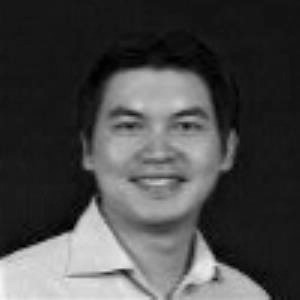 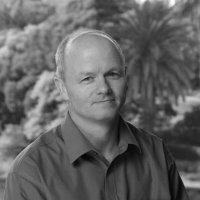 John
Legge-Wilkinson
John is a structural draftsman and technician with the Transport team in our Melbourne office.