Of all the transport systems autonomous vehicles are poised to disrupt, private car ownership is likely to be the most affected. What does this mean for a car dominated city like Perth?

Plenty has been written about how autonomous vehicles (AVs) are poised to revolutionise travel. Yet while various studies exist that explore what this means for individual cities, most of these focus on dense metropolises like Singapore. Our context in Australia is different. More than ever, Australians are moving to the fringes of low-density, large footprint cities. The private vehicle remains the only options when it comes to getting around.

This research—conducted by Dylan Melsom, an engineer at Arup—looks at one of those car dominated cities: Perth.

“A fair bit of research has been done on the technology side,” says Dylan. “And there’s been a lot of speculation about when and how AVs will be introduced. But not a lot of that research has looked at things like how parking supply should change, and what that might ultimately mean for the city.”

Instead of trying to predict what will be, Dylan’s research considers what might be.

“Once we know the range of ways the future might eventually fall, we can attempt to understand each end of the scale and narrow it a bit,” he says. To do so, Dylan considered a number of AV uptake scenarios—from private ownership through to shared ownership models. He then looked at what the impact each model might have on things like transport habits, land-use, and particularly parking supply in Perth.

Any infrastructure that is being planned and built today will have to serve a world with AVs everywhere. Right now the planning process isn’t really considering that.

Dylan’s research suggests there are two extreme views of how AVs may shape our cities. He calls the first scenario 'carmageddon'. Here, AVs are privately owned and sharing is minimal. Empty (dead running) vehicles now share the roadway with commuters and congestion has increased by as much as 50%. A second more desirable scenario, employs vehicle sharing structures in order to minimise private car ownership and the raft of associated benefits

The findings from the research were verified with a number of transport and planning professionals with experience in the city. It was collectively decided that a shared ownership model reflected the best case scenario; a scenario in which less parking can be provided and high-value urban space reclaimed for public benefit.

But what can we do to guide things in that direction?

Dylan decided to focus on policy. He’s drafted up five guiding principles which he believes policy-makers should employ to encourage shared over private vehicles ownership. These include: encouraging stakeholder collaboration; openness and transparency; awareness and education; early action; and flexibility and adaptability.

A shared ownership and use scenario has clear and far-reaching benefits for car-dominated cities. Chief among them is a massive decrease in parking demand, leading to a healthier, wealthier, happier population and a safer, and more environmentally friendly city.

And piece of transport infrastructure being planned and built today will likely serve AVs for the majority of its design life. Dylan believes that the sooner we start designing for that reality, the sooner we can start trying to maximise the benefits that AVs can bring about.

Dylan is an engineer working in the transport planning team in Perth. 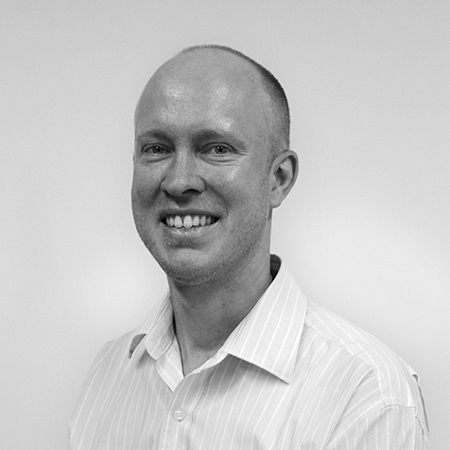 Darryl
Patterson
Darryl is an engineer working in transport.