As construction partners for the 2016 MPavilion, we were tasked with helping Mumbai-based architect, Bijoy Jain realise his vision of a bamboo pavilion, inspired by traditional Indian construction techniques. But how to design through repetitive 1:1 prototyping, a bamboo structure to Australian Code?

MPavilion is an annual architecture commission built to host four months of workshops, talks and performances in the heart of Melbourne’s Arts Precinct. Each October, the pavilion blooms amongst the eucalypts of Melbourne’s Queen Victoria Gardens. Arup is an official construction partner for the event, supporting the chosen architect in bringing the space to life.

In 2016 Mumbai-based Bijoy Jain was awarded the MPavilion commission. Jain is known for working collaboratively with local artisans and drawing from traditional skills, materials and lore. This mix informed the design for the 2016 MPavillion, an awning style structure made out of seven kilometres of bamboo.

The pavilion also created an unusual opportunity for collaboration. We divided our structural engineering team between our construction partners in Melbourne and Jain’s Studio Mumbai in India.

The 2016 MPavilion commission gave us the opportunity to support our people’s development while being part of a collectively authored project shaped by the city. Half of our team sat with our Naomi Milgrom Foundation partners in Melbourne while the other half worked side by side with the architect's team in Mumbai.

“It’s healthy to be forced to rethink your position,” says John Noel, a structural engineer who led the research project from our Melbourne office. “That can come from structural engineers talking to architects or from having teams located in different regions.”

“We had a team in Melbourne, close to the MPavilion group and final build, and in Mumbai close to the architect and the one-to-one prototyping. That, with the added cultural and economic differences between the two regions, generated a richness to the project.”

The team at Studio Mumbai is also known for building multiple full-scale prototypes as a way of informing and validating decisions. Eleven full-scale structures were assembled and iterated upon in Mumbai before the final MPavilion was built in Melbourne. These full-scale prototypes allowed us to immerse ourselves in the experience of the pavilion to shape its context and configuration.

Jain’s Studio Mumbai often uses traditional materials, including bamboo and other locally available materials. Bamboo is an attractive material for a number of reasons. It’s cheap. It grows quickly. It’s sustainable. It's also not always easy to work with. As a material, bamboo is particularly vulnerable to shear and it doesn’t lend itself easily to all configurations. We discovered bamboos unique opportunities and complications through prototyping.

Partnering with Studio Mumbai gave our team the chance to return to traditional learning-by-doing research, an opportunity rarely encountered in the risk-averse construction industry.

“Many of the key materials learnings were driven by using the material in situ. Bamboo doesn’t lend itself to certain structural arrangements—we know that from a theoretical perspective but the practical aspects of prototyping at a one-to-one scale made those limitations quite real.”

The team at Studio Mumbai is also known for building multiple full-scale prototypes as a way of informing and validating decisions. Eleven full-scale structures were assembled and iterated upon in Mumbai before the final MPavilion was built in Melbourne. These full-scale prototypes allowed us to immerse ourselves in the experience of the pavilion to shape its context and configuration.

John is a structural engineer in our Melbourne office. 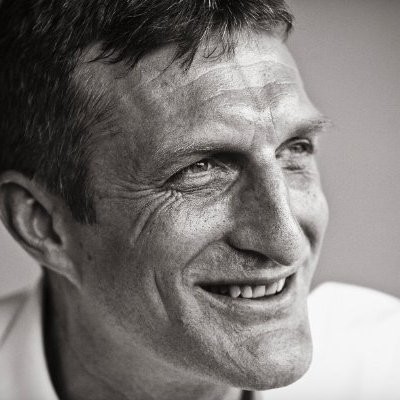