Water flows unevenly across Australia. While rain falls in Victoria, New South Wales is entering into its harshest drought in decades. Water trading is a process the government uses to smooth out potentially unequal and unreliable access to water, but the system is imperfect: Not everyone agrees with how water rights are handed out and the sheer complexity of the marketplace makes it difficult to regulate. How can we improve our water trading system so it’s more fair, reliable, transparent and efficient to manage?

In a country with rainfall as inconsistent and unevenly dispersed as Australia, water trading can be a lifeline. In its simplest form water trading involves the voluntary exchange of water access rights between a buyer and a seller. One entity holds the license to collect a certain amount of water from a river, groundwater lake or reservoir. That entity can also sell some of their quota at a market-defined price. Put into practice; however, the processes required to operate such a market begins to introduce complexities. Transactions can be slow and hard to track. Beneath the veil of this complexity, opportunism and even corruption can slip in. The urgency of the problem came to a head last year when accusations of inappropriate transactions prompted a South Australian Royal Commission into the management of the Murray Darling Basin.

To better understand the issue, Therese Flapper, an urban infrastructure leader in our Canberra office, and Jason Carr, a hydrogeologist in our Sydney office, have been working with the NSW Government. They and their team of researchers are trying to see if they can find a better way to conduct these trades and manage the water resource.

The idea to explore blockchain as a potential solution to the problem first came to Jason one night when he was leaving a Hackathon event. A blockchain is essentially a growing chain of digital records. Each record—or block—contains transaction data, a timestamp and a cryptographic hash of all the previous records on the chain. These records are delocalised, meaning they are copied and stored in many places at once. This makes them easy to look up and difficult to forge. The most obvious benefit here is that blockchain offers is transparency. But the technology can also make record keeping more consistent, streamlined and automated—freeing up time and resources along the way.

Jason and Therese are now working with the NSW Government to explore what such a system might look like by mapping out its intricacies. They’re not expecting to revamp Australian water trading overnight but rather they want to begin to untangle certain chains of transactions within the larger water trading ecosystem. As usual, the devil is in the detail. There’s no point applying a technology like blockchain to a problem if it doesn’t suit, or if a simpler solution would also work. The team is focusing on mapping out how trades are performed in NSW on a valley by valley basis and are exploring the intricacies of water trading policy, inter-valley trade and interstate trade. They can then determine if blockchain can adequately address all the shortcomings while still ensuring the necessary policy pieces are fulfilled.

“The first step is to produce a proof of concept” says Therese. “It's timely in terms of technical readiness, political requirement, and general awareness around climate change. I think this technology will move very rapidly once some prototypes are out there. We need to be driven by minimum-viable-product-type solutions. This is uncommon in the water sector. Usually we aim for over-perfection before we roll anything out.”

The appetite is there. Over the past three years, we’ve run a handful of research projects to help utilities explore how technology can be used to build a better water sector. These projects have varied in approach—from surveying to story-boarding. The Future of Water and Digital Tide are two of these projects, which you can read about in Issue 1. We’re now at a stage where we can begin to tune these findings to problems faced by specific groups like the NSW Government.

When most of us think of blockchain, cryptocurrencies like Bitcoin or Ethereum come to mind. Some of the earliest applications of the technology were to track and trade currency. Even now, fintech remains one of the most widely adopted uses. But blockchain solutions are already gaining traction across Australia as a way of tracking and trading resources as well. Powerledger, a blockchain energy trading platform that launched in 2016 helps users buy and sell renewable energy peer-to-peer. The agriculture and the mining sectors have demonstrated how blockchain can be used to track everything from almonds to diamonds. But not all resources are created equal.

“We can always generate more power” says Jason. “With water, we’re talking about a seasonally finite resource.” Water is much more closely tied to geographical constraints.

“Electrons can actually move around in a way that water physically can’t” says Therese.

Both Jason and Therese recognise that there may well be social barriers for their project to overcome.

The data recorded from such a system would be invaluable for people who are charged with designing water infrastructure, or whose livelihood is dependent upon predicting future flows. The system could bring the added benefit of improving everyone’s understanding of how and where the water flows.

“I think a well-accepted solution would be one that can give power back to the community” says Jason. As climate change wreaks havoc on our ecosystems, our water cycle is becoming increasingly unpredictable. We need to work together to build resilience in the face of these challenges, but to do so we need a system we can trust.

In Australia, water is such a precious resource that living in harmony with it has become part of our natural identity. Stories of drought, hardship and resilience—of parched red dirt and those first thunder-clouds of the season—are part of our national lore.

“The water cycle is something that we’re incredibly close to” says Jason. “We need to build technology solutions that go hand in hand with that.”

This article was written by Jeff McAllister, as part of the Research Review. This series is produced by the Arup Australasia Research team; Alex Sinickas, Bree Trevena and Jeff McAllister with contributions from Sheda and Noel Smyth.

Jason Carr is a hydrogeologist and leads our hydro team in the Sydney office. 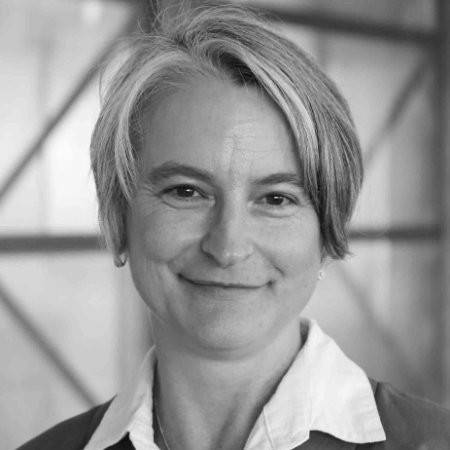 Dr Therese
Flapper
Therese is a water engineer based in our Canberra office, and leads our research efforts across the region.