Crime occurs in refugee camps, much as it does in a city. Yet unlike cities, the money, infrastructure and technical resources required to successfully implement conventional physical security measures in refugee camps are limited. How then can we design camps to reduce crime and improve wellbeing to make them safer – especially for children?

Refugee camps are more like cities than we think. They require many of the same services such as housing, schools, and public spaces. In fact, the Sustainable Development Goals mention cities and other forms of human settlements in the same breath—Make cities and human settlements inclusive, safe, resilient and sustainable (SDG11.) Around 10 million children live in camps, more than the number of inhabitants of either London or New York City. Yet unlike many cities, camps are typically designed and constructed as temporary settlements. Due to the protracted nature of crises and the lack of resettlement solutions many camps end up functioning as long-term or even permanent, homes for refugees.

They can be dangerous places too—especially for children. While quantitative data on crimes in camps is not easily available, qualitative data from interviews and focus groups suggest high levels of assault, child marriage, domestic abuse and organised crime such as human trafficking, and the recruitment of underage soldiers.

The design and spatial planning of refugee camps can be one factor that exacerbates these security vulnerabilities. Crime Prevention Through Environmental Design (CPTED) is a passive crime prevention strategy that looks at how the environment influences decisions to commit criminal acts. We know, for instance, that offenders are much less likely to commit a crime if they feel they’re being watched, and therefore at risk of being caught and prosecuted.

A traditional security response to this phenomenon might be to install a CCTV surveillance system. According to CPTED theory, building clear sight-lines or creating busy mixed-use spaces into an environment can be an equally effective—and friendlier—surveillance strategy. Natural surveillance solutions are also more practical in a camp environment. CCTV is designed for permanent buildings, not tents, and is expensive, requires trained personnel and a reliable supply of electricity.  Clear sight lines or busy multi-purpose like sports fields and markets on the other hand can be built into the camp environment and are self-sustaining as well as having other social benefits. There is no cost of purchasing, installing and maintaining security equipment.

As designers, we are concerned with creating liveable spaces. We do this through designs which support and enable the health, well-being and quality of life of the people who reside within these spaces. When Alice Vincent—a risk, security and resilience consultant in our Singapore office—and Luke Millar—who works in our International Development team in Sydney—met at our City Resilience Skils Forum in London, the two saw an opportunity to combine their expertise to create a better world for those 10 million children living in temporary settlements, as well as their families.

“Somehow because refugee camps are conceived as temporary places, the same thoughtfulness of design is not applied so stringently to these dwellings,” says Alice. “In what other situation do we base design criteria so strongly on the basis of time rather than need?”

In fact, it may be in part because we design refugee camps as temporary settlements that they become such dangerous places to be a child. When camps end up being in place for much longer, and growing much larger, than originally anticipated, many specific security challenges arise. When camps sprawl beyond the original planned-out areas, refugees living on the outskirts of the camp become more vulnerable to outside threats and must walk long distances to key facilities and services. A lack of space between dwellings and public and private buildings, reduces privacy and security.

These challenges place stress on individuals and families, which can lead to an increase in criminal and deviant behaviour. This includes crimes of passion—borne out of frustration or boredom—and crimes of opportunity—like the theft of food and belongings for genuine survival needs, bartering or an enhanced place in the social system.

Alice and Luke decided to design for children first since designing for children could help entire families feel safer and re-establish their community.

“Anything designed for children tends to provide additional benefits to the overall society,” says Alice. “When linking child-centred resilience with passive security design principles, we saw a real opportunity to enhance safety for children in the refugee camp context.”

Alice and Luke applied the complimentary approaches of passive security and child-centred urban resilience in their preliminary scoping study. The two strategic areas they found particularly relevant were mobilising community and promoting integration. Some research findings support the idea that fostering connectivity and positive relationships between individuals in their communities drives down crime.   Alice and Luke suggest spreading non-residential buildings such as schools between residential spaces to reduce pockets of isolation. There is also evidence that when residents have a shared sense of identity, they are more likely to feel the need to protect each other and intervene if they witness a crime.  Alice and Luke therefore also recommend promoting community led activities and initiatives to promote collaboration across the communities within the camp.

Using passive design principles, alongside the child-centred urban resilience strategic areas, the two developed a plan of what a layout could look like for a community plaza in a camp:

One example Alice and Luke’s use in their research is Kara Tepe, a refugee village on Lesbos Island, Greece. Kara Tepe is home to around 665 refugees (as of 2016), sheltering the most vulnerable refugees such as women travelling alone with children. The camp has separate men and women’s centres, segregated bathroom facilities and child-friendly spaces facilitated by groups such as Save the Children. Among refugees, Kara Tepe is known as the better alternative to other camps. The team see it as a good example of practical measures that can be taken to improve liveability in camps.

Alice and Luke have now completed the preliminary research. The next step is to gather crime data and test their design recommendations in a camp context. They are going to work with partners in 2019 to develop joint implementation plans to put the recommendations into practice in selected refugee camps.

Neither refugees, nor host countries want refugee camps to become permanent. But just because a space is not permanent does not mean should not be designed with liveability in mind. Alice and Luke hope that their research will contribute to safer, more resilient camps, and through doing so promotes the health and wellbeing of the 10 million children worldwide that currently call them home.

This story was written by Alice Vincent and Eleanor Whitworth, as part of the Research Review series. The series is produced by the Arup Australasia Research team; Alex Sinickas, Bree Trevena and Jeff McAllister with contributions from Sheda and Noel Smyth.

Alice is a resilience, security and risk consultant from our Singapore team. 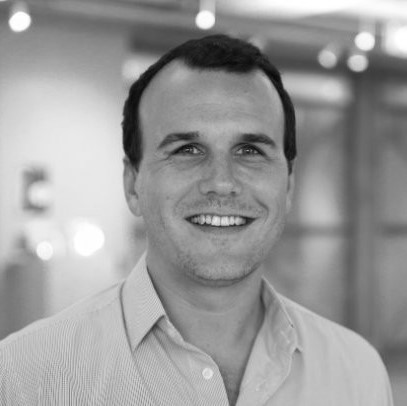 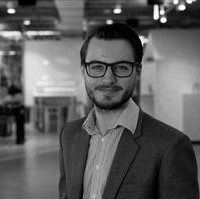 Codee
Ludbey
Codee is a security consultant with the Resilience, Security and Risk team in our Sydney office. 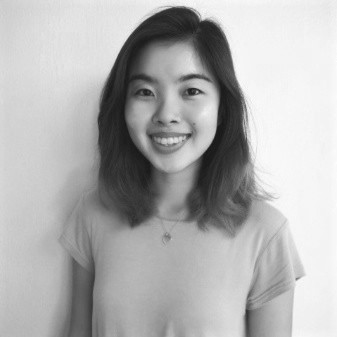 Sheryl
Seet
Sheryl is a security consultant with the Resilience, Secuirty and Risk team in our Singapore office.