Melbourne and Sydney—two of the world’s most liveable cities—aren’t equally liveable for everyone. Crowded spaces, unpredictable people, and the risk of assault or harassment can make the urban environment an intimidating—and dangerous—place for some, especially after dark. Because experiences of feeling unsafe or unwelcome often go unreported, they aren’t captured in the data sets city designers and policymakers use when shaping urban environments. How should we incorporate these important but often under-represented voices into our design and decision-making processes? How do we ensure that everyone feels safe and encouraged to participate in the city after dark?

We need to understand the patterns that exclude women from areas of cities and not defer to the usual responses – brighter lighting, more CCTV cameras and more authority figures. In fact, our research into unsafe “hotspots” has found young women’s perceptions of urban safety do not correlate with the most brightly lit spaces. - Dr Nicole Kalms, XYX Lab (via The Conversation)

A recent study, conducted by not-for-profit Plan International in conjunction with Monash University XYX Lab,asked young women and girls in Melbourne to share their experience of the city.Six hundred young women responded with how they perceive their safety in public places. The findings from the study were sobering for a city considered to be one of the safest in the world. 30% of respondents said they did not feel safe in public places after dark, due to experiences from unwanted attention—cat-calling and being followed—to incidents of physical and sexual assault.

The goal of Free to Be is to create a forum where young female residents can let policymakers and city shapers know where things aren’t working and how they can be improved.  How people perceived a space was anchored in their experiences—particularly experiences of harassment and abuse, which often go unreported and thus do not show up in the crime statistics city shapers and policy makers use when designing urban environments. So far, Free to Be has created maps for Melbourne, Sydney, Delhi, Kampala, Lima and Madrid.

When findings from the Sydney and Melbourne maps were released, it revealed just how differently segments of our populations experience their city. For example, in Sydney over 2,700 pins were dropped. Of these, nearly 75% of pins denoted bad experiences, with over two-thirds reporting sexual harassment of some kind. Negative experiences often occurred in daylight hours, often in crowded areas.  However, night time saw the most negative pins dropped.

Read the ABC news take on the research here.

One piece of data caught the eye of Hoa Yang, a lighting designer in our Melbourne office. Over a third of young women and girls in both Sydney and Melbourne  mentioned lighting as a contributing factor to their experiences, good or bad. This type of empirical data around how lighting makes people feel at such a large scale has never been collected in the past.

As a lighting designer, Hoa was blown away by the number of people who even mentioned lighting in their urban experiences. So Hoa and fellow lighting designer Tim Hunt reached out to XYX Lab see if they could help the team to determine exactly what it is about lighting that affects the perception of safety— delving beyond ‘too bright’ or ‘too dark’.

‘These lived experiences are real and systemic in many parts of our daily lives. As built environment practitioners, we play a crucial role in challenging the way we currently design our cities to come up with practical ways that   listen to and address the issues that such a large proportion of our society face everyday’ – Hoa Yang

In a true human-centred approach, the team began digging through the Free to Be data set to unpack what participants said about their experience around lighting. By analysing Free to Be’s crowd sourced experiences, they were able to determine key sites to start analysing qualitative measurements to understand these urban experiences holistically from a social and hard science lense. Hoa and team member Chris Alexander then visited 86 Melbourne locations where people had dropped pins – positive and negative.

They recorded technical characteristics of the lighting in the areas like colour temperature, vertical and horizontal illuminance—how much light emits from a source—and luminance, which is how the eye perceives light. The team also examined the physical qualities and context of the locations themselves. How wide was the footpath being lit up? Where there any trees in the surrounding area that might break up a pedestrian’s line of sight?

The main finding?  The design  standards used for lighting compliance inmost countries don’t take  the multitude of the way humans experience light into account. In fact, the findings show that we tend to light for cars rather than for  the people on the streets.  The team also found that the quality of the light, not the level or quantity, is the most important factor in how people perceive an environment. Light rendering – how similar the colours in an artificially lit environment resembles the way it would in daylight – is particularly important.

This creates a higher degree of familiarity with the space, allowing people to be able to make out their surroundings and be able to distinguish the difference between a bush and a person. “Our current standards priorities lux levels– which are easy to measure. Yet we don’t see the amount of light coming out of a street light. We see what bounces off the surfaces around us,” says Hoa Yang

To consider the implications of this, it’s important to understand how spaces are currently lit. Generally, when we design for safety, we rely on crime statistics to tell us how dangerous a place is, which informs the amount of lighting to install.But since harassment and assault so often go unreported, traditional crime statistics aren’t a great proxy for whether a space is truly safe or not—let alone how safe it feels.

The current designs in Australia focus heavily on the evenness and intensity landing on the floor surface. Illuminance and uniformity are the values that appear in engineering and design standards and policies. We see single poles with a down light throughout out cities because they are the most cost effective way to meet these requirements. What the standards don’t take into account is how people’s eyes see light, or our perception of brightness.

The way light bounces off different road colours, surface finishes or the brightness of the area outside of the concentrated beam of light are all things that can affect our perceptions of brightness and safety in a space. If a space is only designed to consider the amount of light being emitted by the light source and not the contextual makeup of the space, even though it meets the guidelines, it doesn’t take the human experience if seeing and feeling light into account..

And that perception of safety makes a huge difference. It influences whether people avoid a certain part of the city, feel comfortable using social amenities like public transit,or even leave their house after dark at all. While this study focuses mainly on young women and girls, the findings may have a similar effect on other vulnerable populations, including older people, children and many groups currently underrepresented in professions who design and shape cities.

While visually collating their findings into a GIS database, the team quickly realised what they were building was an experience map of the city. This could easily be over layed with other complimentary data, like the way a city smells or the way it sounds.

This research project has developed a methodology that takes an evidence based, bottom up approach to design lighting for public spaces for a more inclusive outcome. Th eteam is now trialling this approach in case studies, co-design workshop alongside collaborators XYX Lab as the first step to inform more holistic decision making.

As city shapers, we need to get better at designing with inclusivity of experience at front of mind. We need to learn to question the appropriate of standards rather than simply aim for compliance. By combining holistic evidence-based experience design, cutting edge research techniques, and cross-disciplinary collaboration we can work toward including more voices that were previously ignored in city shaping conversations.

By designing for the challenges faced by the most marginalised members of our communities, quite often we end up creating solutions that positively impacts us all. In creating safer, more inclusive and more equitable cities we are creating vibrant communities that can be enjoyed by all of us, no matter what time of day.

We hope this project will trigger conversations about how different people perceive their environment, and how we bake these differences into more inclusive city design.Our cities are becoming increasingly diverse. The decision makes who shape and build cities need to reflect this in our design methods.

We are grateful to XYX Labs at Monash University, and Plan International, for allowing us to contribute in a small way to their study. Download their findings by country here. Their recent report,Unsafe in the city, presents their findings, and recommends actions for changing behaviour, increasing girls participation in decisions and enforcing laws and policies against sexual harassment.‍

Hoa is a lighting designer in our Melbourne team. That's her on the front cover of this issue.

Dr Nicole Kalms is a Senior Lecturer at Monash University and founding director of the XYX Lab which leads national research in space, gender and communication. 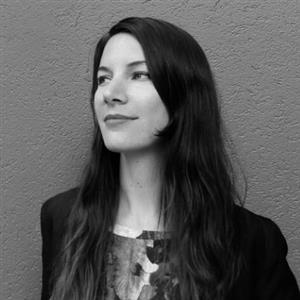 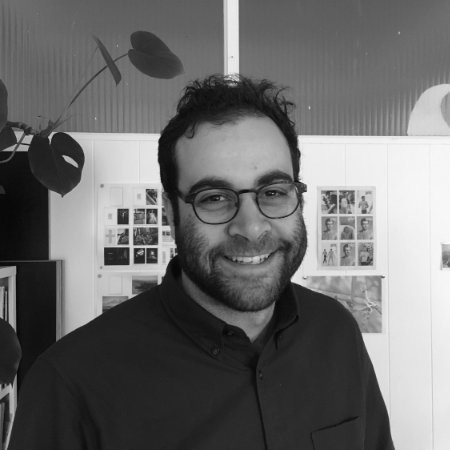 Anthony
Aisenberg
This research builds upon work by Anthony, Founder and Director of Crowdspot 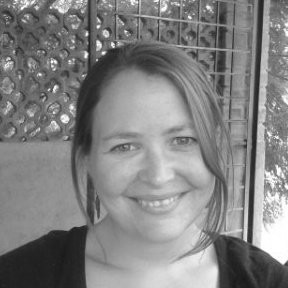 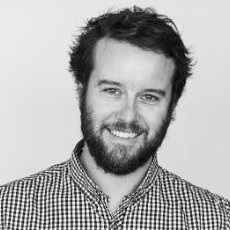