The scale of contemporary urban growth is unprecedented, as is its speed. Common challenges are being faced by cities with different political systems, levels of development and local issues. Can thinking about these challenges together help us find new paths forward for more inclusive, sustainable cities?

Sydney is growing at an astonishing rate, adding 9 people per hour. And it's not alone. Cities around the world are growing in speed and scale in ways we have never seen before.

Our Sydney office recently hosted a travelling exhibition exploring the tensions of this new world order. 'Conflicts of an Urban Age' was developed by  LSE Cities at the London School of Economics in collaboration with the Alfred Herrhausen Gesellschaft for the 2016 International Architecture Exhibition of La Biennale di Venezia . It has since been shown in Berlin, the inaugural Seoul Biennale of Architecture and Urbanism in 2017 and in London as part of Arup’s cultural programme Phase 2 in 2018.

'Conflicts of an Urban Age' highlights the spatial and social consequences of dramatic urban growth in cities across the world between 1990 and 2015 [and] describes how six cities – Addis Ababa, Istanbul, London, Mexico City, Mumbai and Shanghai – have changed over the last 25 years. - London School of Economics

For the Sydney exhibition, Arup pulled together data and analysis of how Sydney and other Australian urban hot-spots compare to fast-growing cities around the world. While every city has its unique challenges, fast urban growth seems to cause common issues whether you look at Mumbai or Melbourne. As more economic output comes from cities, jobs cluster in CBDs and other central hubs, housing affordability for all becomes a challenge, and infrastructure is strained by people and goods.

Tim Williams, Australasia Cities Leader at our Sydney office, put some perspective on the issue leading up to the exhibition in Sydney: ‘Although it’s easy in a vast country famed for its primary industries to not grasp the profoundly urban nature of Australian society and economy, the reality is that the majority of Australians live in cities and most of the country’s wealth is generated by them.' Australia is one of the most urban nations on the planet, with 80% of its GDP generated on 1% of its land. In the US, 3% of land creates 80% of the wealth.

WHAT THE DATA TELLS US

When Arup’s Sydney team started looking at their own city to see how it stacked up globally, they were aware that it was facing challenges. Safiah Moore, a Senior Urban Planner who helped organise the Sydney exhibit, says they were expecting to see that their city was facing challenges around affordability, transportation, density, and liveability.

These challenges can take the form of infrastructure, crime, income inequality, and housing shortages. 'We weren’t so much surprised when we saw the data on Sydney presented' said Safiah, 'but it was really instructive to see how it compares to other places in Australia and the world. It helped us to think about the context of each city and where we might intervene to make a city better.'

Decisions made now about how Sydney should grow will have impacts on generations of people, both in terms of the cities they live in, and on a global environmental scale. The exhibition provides a window onto the challenges other cities face, and how Sydney might better prepare for these issues in the future.

For example, Los Angeles consumes 14 times more space per person than Hong Kong. Accommodating the world’s urban growth by 2030 at Los Angeles density levels would cover almost half of the European Union. However, at Hong Kong’s density, the global urban population could fit into half of the United Kingdom.

When we consider that the global increase in city dwellers will be more than 70 times the population of Los Angeles and Hong Kong combined, it puts the issue in perspective. Which way Sydney goes, more LA or Hong Kong, will influence people’s lives in big and small ways, from the time they spend commuting, to the value of their home.

Gisella Velasco, a Sydney-based urban planner, highlighted how comparison could reframe issues in a new light.  ‘For all the talk about Sydney being full, our city’s density – which is about 1,108 pop./km2 – pales in comparison to London’s 6,456 and New York’s 11,531. However, despite we are less dense, we are much more reliant on automobiles than any other city in the study. In Sydney, we have an average of 712 cars per 1,000 inhabitants and make about 59% of trips to work by private vehicle. In 1991, we made about 60% of trips to work by private vehicle. There’s been some improvement, but there is still a long way to go.’

It’s no wonder if both citizens and planners feel a little overwhelmed by the challenge. A closer look at some of the statistics is eye-opening. Sydney is currently the densest city in Australia. Sydney produces 28% of Australia’s GDP, and 17 tons of carbon per capita as a side-effect. With almost 25 per cent of the population under the age of 20, there is a whole new generation of people who will have a lot to say about the city they’re growing up in.

A COLLECTIVE VISION FOR THE FUTURE

The importance of engaging the citizens of these fast-growing citizens is a core takeaway for Arup’s Sydney team. How will we empower people to shape and co-design solutions at metropolitan and local levels?

An inclusive and collaborative process can add complexity but might also lead to better solutions. When that collaboration gets going, the results can be as big as the challenge.

‘Big transformational change happens in Australian cities when all tiers of government agree on a common strategy and program.' - Tim Williams

Western Sydney is a great example. 'The exciting collaboration we have seen in the Western Sydney City Deal resulted in a new international airport, a new rail system linking it to surrounding town centres, and an emerging program of job initiatives and transit-oriented developments, to create an Aerotropolis of international significance is decisively shifting development and opportunity westwards where the need is greatest' said Tim.

'Such initiatives show an understanding of the importance of our cities to national well-being and a commitment to innovate to provide them with the policies, institutions and resources they need. We need to carry on in this direction beyond electoral cycles, and by maximising engagement with communities and  local business. I am confident that on the journey to 2050, Australian cities can, with the right approaches and values, get better as they grow bigger.’

As Sydney continues to grow we are faced with risk and opportunity. Conflicts of an Urban Age makes clear now is the time to collectively make core choices that will profoundly shape our future. 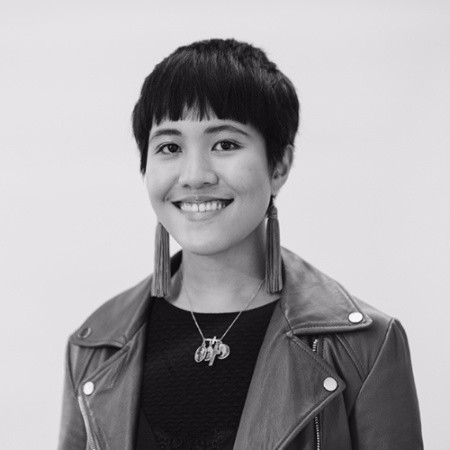 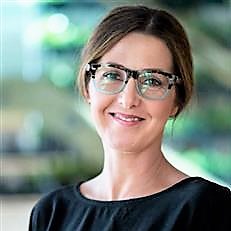