As our cities grow bigger and denser we need to start making them in a less carbon intensive way. We think building with mushrooms is a viable option. But to convince the construction industry to take mycelium just seriously, we need to make a case for where it fits within their supply chain.

Steel and concrete are by far the most efficient ways to build buildings at the moment. But they’re also some of the most damaging to our environment. 1.9 tonnes of CO2 are emitted for every tonne of steel produced; 0.9 tonnes, for every tonne of concrete. This accounts for more than 6% of greenhouse gas emissions worldwide. As our population booms and our cities grow denser, we need to find ways to reduce our ecological footprint without hamstringing our ability to build cheap and fast. We’re finding new purposes for timber and bamboo, especially as we are starting to use them as structural elements for taller and taller buildings . But are we missing anything? One very niche option may be mycelium — a mushroom based building material we’re exploring. Before you start making magic mushroom jokes, hear us out.

Mycelium is the collective noun for the mass of root-like fibres that surround most types of fungus. These tendrils branch outward as the fungus grows, allowing it the absorb nutrients from the surrounding soil. The largest living organism in the world is a 970-hectare mycelium network beneath Malheur National Forest in the western USA.

When dried, mycelium also makes for one hell of a material. It’s strong and increases with stiffness as you load it. And once sealed, it’s also water-, mould-, and fire-resistant, a great insulator and non-toxic to humans.

Our first introduction to using mycelium was in 2014 when David Benjamin from the architecture firm The Living showed up at our New York offices with a mycelium brick and asked, “What can we make with this?” Together we grew and tested about 10,000 mushroom bricks with mycelium brick manufacturers Ecovative to construct the world’s first mushroom brick tower, which was displayed in the courtyard of MoMA PS1 in Queens.

The building industry is not the first group to catch onto this. NASA has been looking at mycelium-based habitats on Mars because it is easy to transport and grow and provides good insulation and protection from a hostile environment. It turns out that mycelium bricks are bullet-proof, which is handy for protecting from projectiles flying around Mars. The fashion industry is also cottoning on to the benefits of mycelium with a leather product.

But so far most of the applications have sprouted up in the art and architecture worlds.

“Those projects are very beautiful, and have created a lot of interest in the design industry. We’re now looking at ways to reduce the barriers for specifying mycelium products, and boost its adoption more widely.” says Alex Sinickas, who leads our research program from Melbourne. “We know we can grow mycelium into a building product. Now how can we do so in a scaled way?”

Alex is working with colleagues in Melbourne, Berlin and New York, as well as mycelium technology design group MOGU, and specialty building systems manufacturer Ardex, to investigate where mycelium might fit into the Australian and European construction supply chains. The green building movement is projected to grow at a compound annual growth rate of about 12% year with the global market expected to be worth 390 billion USD (550 AUD) by 2023. Going green isn’t only good for the planet. It’s good business as well.

You know that warm feeling you get when you’re in nature? Some suggest that people are happier when they're surrounded by natural materials - a phenomenon we term biophilia, popularised by Stephen Kellert and Edward Wilson in their book, The Biophilia Hypothesis in 1993. As a result we’re seeing more natural materials being requested by developers and owners, and being designed into buildings than ever. It is one of the many ways the design industry has been responding to urban densification. Through these methods, as our cities become more crowded, they can also become more liveable. More timber, more plants, more vertical and roof gardens. Hopefully more mycelium as well?

“The complexity in this project, is less about how to grow mycelium, and more about figuring out how it fits into your supply chains” says Alex. To make the largest change possible, the research team needs to solve two challenges.

The first is to determine the best way to grow mycelium. Since mycelium thrives in a number of substrates, we can take advantage of locally available waste.

“It depends where you are. In Albury, Victoria we have a timber industry—so wood chips or sawdust” says Alex. “In the Southern US you have corn, and therefore corn husks. The substrate with the lightest ecological footprint is probably the one local to you.”

The second challenge is to determine the building products that are most likely to be adopted by industry. To solve this one, apart from working directly with manufacturers like MOGU and Ardex, the teams have been looking at building market demand and processes used for different kinds of insulation, structural and acoustic products.

This means that while both regions may follow identical methods, the finding from each study will depend local industries and trends.

Alex accepts that we’re not going to start building with mushrooms overnight. Mycelium is also never going to replace our traditional building materials entirely. A mycelium brick only has 10% of the compressive strength of concrete. “You’re not going to build a 50-story building with it. Although when you measure its strength to weight ratio, it’s like an ant - it’s actually much stronger than it looks.”

Instead, she hopes we see mycelium be substituted for traditional materials in the areas it makes the most sense, especially economically. Mushroom insulation can improve the environmental design of our buildings — driving down operational costs for building managers and tenants. The quickly growing, carbon-neutral material can reduce the cost of producing things like paneling if we get the supply chain right.

“We’re at a point where we really need to think honestly about how we’re using our resources. These alternative products might become increasingly popular as we learn how to best keep our habits within a carbon neutral cycle.” Alex says. “Right now, when you say you want to build stuff with mushrooms people look at you sideways. But sometimes you just have to build things first for people to figure out what you’re talking about.” 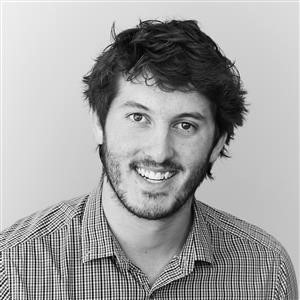 Jonathan
Anderson
Jonathan is a process engineer in our Energy and Waste team. 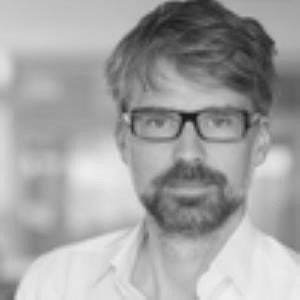 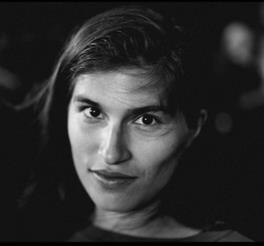 Nicole
Perez
Nicole is a designer with the Foresight, Research & Innovation team in Berlin. 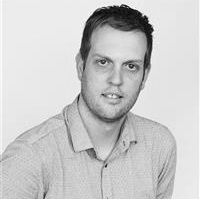 Will
Gouthro
Will leads our acoustics team in Melbourne. 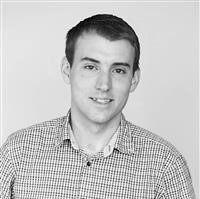 Richard
Stokes
Richard is an engineer in our sustainable buildings team. 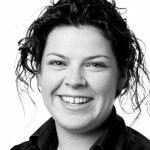