The future of humankind is not earth-bound – we’re destined for infinity and beyond! But before we can reach for the stars, we must figure out how to sustain life in space. For an international design competition, a team of our young engineers tackled this complex problem and tested the boundaries of what is possible for structural design in space.

Picture this: in the not too distant future, a colony of intrepid astronauts has made a home on a space station that orbits around the Red Planet. The inhabitants live and work in an outer rim of modules, powered by energy from the sun, which spin slowly around a central axis creating a small gravitational field. This is a micro-city of tomorrow; a vision for how we will conquer space. It is a design concept by a team of our young engineers who were asked to dream on an interplanetary scale — to test the boundaries of engineering and their own problem-solving skills as part of a design competition.

Presented every three years by The Institution of Structural Engineers, the Young Structural Engineers International Design Competition is an open challenge to engineers under 30 to design for unusual engineering problems. Exploring small to extra-large scale projects, the competition encourages young structural engineers to boldly go where no man has gone before; to be adventurous, and to develop their ingenuity and imagination while working as part of a team.

In previous years, young designers have been asked to find a legacy use for Olympic stadiums or design temporary shelter for victims of natural disasters. Last year, the competitors were asked to design a space station — a staging post for exploration of our solar system and beyond.

The structure had to be modular so that it could transported to space and assembled in zero gravity. It had to host ten people, with living quarters and services necessary to sustain human life. Critically, the station had to create its own field of gravity, to allow its inhabitants to walk and work as if they were on earth.

The team, from the Singapore office, wanted to contribute a space station design that would stand out. But where do you start with aerospace engineering when all your experience is Earth-bound?

“NASA has extensive online archives. That was crucial” explains Mitchell Mulvey, one of the four engineers in the team. “You can access detailed information about design pressures, safety factors to consider as well as research on new materials. You can also look at the patents NASA has created for things designed to be used in space, and all of the new research they have published since the international space station was developed.”

NASA’s research was crucial to the project, as this is where the team learned about the physics of gravity in space. The key was to create a structure that would spin around a central axis, generating gravitational force at the perimeter. The engines and services for the space station could be clustered around the core of the structure, where the gravitational force was minimal, while humans occupied the outer rim.

“The design we came up with was inspired by DNA strands, or a double helix. It’s something like the Helix Bridge here in Singapore. The helix is something that can be added onto infinitely, which is why we went in that direction” Mitchell says. “It was a unique way to respond to the requirement that the structure be modular. Most of the other entries were a circular design, which meant that they were a finite length, ultimately. Ours could go on forever.”

The team took inspiration from Japan’s Maglev (short for magnetic levitation) train system when considering how to make the structure rotate. They designed an engine that would be driven by magnetic propulsion and powered by solar blankets suspended between the living quarters. The most interesting part of the design resembled a kid’s toy—a standing puppet on elastic strings that collapses when you push a button to loosen the slack. Mitchell and the team’s design worked in reverse. The modules, connected by slack cables, could collapse down like an accordion to fit inside the body of a rocket. Out in space, the cables would be tensioned and the modules would snap out and into place.

“Considering the transportation of the structure was a really unusual element” says Mitchell. “Not only how will it work in space, but how do we get it there, how will we put it together? You have to consider lift off forces, in addition to the forces and stresses once the space station is constructed, but we designed around this by putting it inside the shuttle. We were able to greatly improve efficiency that way.”

The team used parametric design to create the final diagrid shape of their space station and used 3D printing to test both the rotation of the helix and their tension-based construction technique. They settled on an epoxy-resin material for structure that was cheap, lightweight and relatively stable when exposed to heat and cold, which is essential when orbiting near and far from the sun.

The real value of the project was that it forced the team members to test their limits and think laterally to overcome design problems. They started with deep research on the existing technologies, and then applied what they had learned in practical ways, mixing speculative design with common sense; and cutting-edge technology with basic physical prototypes—all skills that are directly transferable to everyday engineering projects.

The team worked for about four months on the project, ultimately winning a special commendation for their design. But the real prize was the experience, according to Mitchell.

“We were able to push the bounds and really challenge the status quo which is different in a way to our typical day-to-day roles” he says. “We had to think through the whole picture from start to end, beyond structural engineering. We had to consider and resolve issues with construction, usability, architecture, mechanical—essentially all the bells and whistles. It really helped our thinking process. Starting from a blank canvas and considering how to validate your own ideas holistically was rewarding and learning how to channel this creativity is a fantastic tool that we can employ in our roles as structural engineers.”

Mitchell and the team are now back working on their earth-bound projects, but are looking forward to next year's challenge.

This story was written by Simone Ubaldi, as part of the Research Review series. The series is produced by the Arup Australasia Research team; Alex Sinickas, Bree Trevena and Jeff McAllister with contributions from Sheda and Noel Smyth. 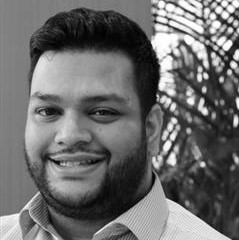 Farhan
Imran
Farhan is a structural engineer in our Singapore office. 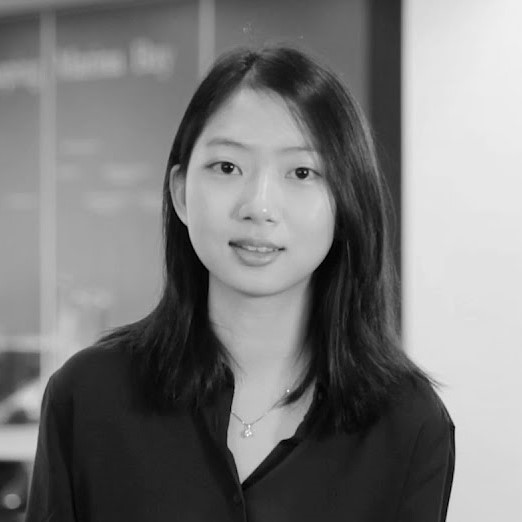 Vivian
Teh
Vivian is a structural engineer in our Singapore office.