On September 28th, 2018 a magnitude 7.5 earthquake shook Central Sulawesi in Indonesia. As a result of the earthquake, the city of Palu was struck by a large tsunami wave and several massive landslides. The impacts were devastating. Many of the cities inhabitants lost their lives when whole districts were washed away by the tsunami wave or engulfed in debris from the landslides. Arup participated in a field mission with UK Earthquake Engineering Field Investigation Team (EEFIT) to evaluate the impacts, collect data and provide recommendations on measures to reduce future losses as well as assess the effectiveness of current disaster response procedures.

Sulawesi is located on one of the most active and complex tectonic environments in the world and Indonesia is no stranger to large earthquakes and the impacts they can have. In 2004, the Boxing Day Tsunami led to the deaths of an estimated 227,898 people in 14 countries following one of the largest earthquakes ever recorded.

Globally, the deadliest earthquake event in 2018 occurred in Central Sulawesi, approximately 80 km north of the city of Palu – a city with a population of approximate 360,000 people. As a result, more than four thousand people lost their lives resulting in the highest number of fatalities following an earthquake in Indonesia since the 2006 Yogyakarta Earthquake.

Ground shaking caused significant damage to buildings and infrastructure in the city and the surrounding area. However, many of the human and economic losses resulted from secondary hazards including tsunami waves and liquefaction-induced landslides, where large areas of ground underneath the city turned to liquid. The force of these events left ships high on dry land and carried whole towns kilometres from their original positions.

Seven weeks after the earthquake, Richard Lagesse, an Engineering Geologist in our Singapore office who specialises in natural hazard and risk assessment, joined a mission with the Earthquake Engineering Field Investigation Team (EEFIT) on a nine-day field investigation to Palu.

Formed in 1982 as a collaboration between industry and academia, EEFIT collects data through field investigations following major earthquakes. The observations are reported to the international engineering and research communities in order to assist with the reduction of losses in future disasters, helping to develop stronger more resilient cities.

During the mission to Palu, Richard collaborated with experts from University College London, Plymouth University, Dundee University and Newcastle University as well as Indonesia-based team from the Tsunami and Disaster Mitigation Research Centre (TDMRC). His role was to lead the geotechnical team in investigating the major landslides that occurred following the earthquake.

The objectives of the geotechnical investigation were to establish the causal factors that led to the landslides and to identify the failure mechanisms. We collaborated with the Indonesia-based Tsunami and Disaster Mitigation Research Centre formed in the wake of the 2004 Boxing Day Tsunami; it was a privilege to work with so many global experts. - Richard Lagesse

While there were many reports of landslides in the area around Palu, the geotechnical team focussed their efforts on the three largest reported occurrences. Major landslides had occurred in the densely populated districts of Balaroa and Petobo as well as in a more rural area to the southeast of the city near Sidera. The impacts of the landslides were dramatic and the damage total. It is thought that the landslides at Balaroa and Petobo account for over half of the human losses from the whole disaster.

Prior to the earthquake, the topographic characteristics of the Palu Valley did not suggest landslide hazards were a major concern. In addition, there is no evidence suggesting major liquefaction had occurred in the valley following previous earthquakes.

Initial reports commented that the earthquake had led to liquefaction of the underlying soil and that large parts of the city had ‘sunk’ into the ground. The team found that liquefaction did indeed play a major role in the failures but, instead of sinking into the ground, the earthquake ground shaking caused the soil to flow and become highly mobile causing built-up areas to ‘float’ many kilometres from their original locations. These liquefaction-induced debris flows caused massive damage to the transported buildings and infrastructure as they broke up in the turbulent flow and engulfed downslope areas with debris.

The most interesting finding from the mission was that there was an observed relationship between the landslides and Petobo and Sidera, as well as several other smaller failures, and local agricultural activities. These observations would prove to have profound implications.

The Gumbasa Aqueduct is an irrigation channel running along the eastern side of the Palu Valley where it has provided water for rice cultivation since the time of Dutch colonisers in the early 20th Century. These agricultural activities are a key part of the local economy; however, it is likely that introduction of large amounts of water into the ground for irrigation purposes has produced ideal conditions for liquefaction to occur during an earthquake. The occurrence of the landslide at Balaroa, where no such agricultural practices are present, raises the question that these activities may not necessarily be the sole contributor to ground failure, and that the natural conditions still played a role. However, given the characteristics of the landslides, it is likely that the additional irrigation water certainly made the Petobo and Sidera failures much more extensive than they would have otherwise been.

The findings that man-made factors influenced the extent of the landslides are profound. It is also conflicting because the local economy relies on agriculture but at the same time the irrigation practices have likely contributed to the disaster. – Richard Lagesse

The team considered how an engineering solution or better planning policy could prevent such an occurrence in future. Could the local drainage network be improved? Could the irrigation channel be lined to reduce excessive water infiltration? Could the aqueduct or even the towns be relocated? What are the economic, social and environmental implications? As yet, there are no definitive answers, and solutions may be complex. Knowing some of the questions, however, helps to show a way forward. The fear is that as the events fade into memory and normality returns, so does complacency and with it inaction.

Follow-up research and other collaborations in post-disaster zones can help us to develop our understanding of the impacts on communities and understand how international and local stakeholders can work together to develop resilience in affected areas.

Richard is a Senior Engineering Geologist in our Singapore office 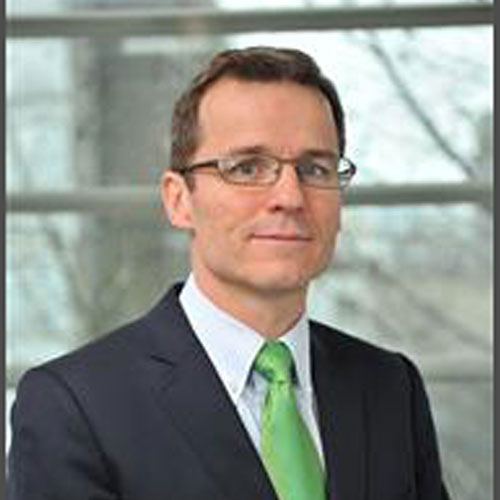