Storm surge presents a major risk to any community built on the coast. For places where there are a lot of kids or elderly people — such as schools, nursing homes or hospitals — evacuations are often used as a last-minute safety measure. But they are also costly, disruptive, stressful and, if not completely necessary, can do more damage than good. Can we help coastal communities figure out when to evacuate, and when to stay put?

In late January 2011, tropical storm Yasi rose out of the Pacific and turned her head toward North-Eastern Australia. Baring down with windspeeds up to 250 km/h, she was predicted to be the worst storm to hit Queensland in the history of the State. Thirty thousand people were evacuated from Cairns, including 356 patients, relatives and staff from the Cairns Hospital, many whom were airlifted to Brisbane. While the aftermath of Yasi was certainly devastating, the hospital property itself faired reasonably well. In fact, had better data been available the evacuation—and the cost and tremendous stress it placed on the evacuated—could have been avoided.

When faced with an emergency, it’s important that we know whether an evacuation is essential. This is especially true for critical infrastructure. Sometimes, evacuations of health, child,or elderly-care facilities can be more dangerous to the patient's health, than staying put. It’s not just health services we need to consider. Shutting down a power station or airport in the middle of a storm can grind an already panicked city to a halt.

In the aftermath of Yasi, managers of the Cairns Hospital, who were responsible for the emergency plans asked us to help them predict the effects of incoming storms with greater accuracy. They didn’t want to expose their patients and staff to evacuation, unless it was necessary. They also saw the risk of staff and patients becoming too blasé about evacuation orders if they were exposed to too many false alarms. David Dack, a coastal engineer in our Sydney office built a tool to help the hospital managers predict when and by how much their hospital might be inundated with water. It was based on freely available regional data from the Bureau of Meteorology (BoM), and gave a forecast over the next few days. They could now make the decision to evacuate or not with more confidence by applying this regional data to the local assets in Cairns.

Cairns is not unique in its susceptibility to storm surge. As climate change continues to wreak havoc on our coastlines, incidents like Yasi are predicted to become more common. This is especially true in the tropics—the region predicted to be one of the most climate affected in the world. After working on the Cairns project, David saw that he could help other coastal communities build resilience against storms. He proposed the idea of scaling the method up into a web-based tool that could be used for all coastal communities vulnerable to storm surge.

One of his colleagues, Ed Rowe, took on the challenge. Ed’s first step was to identify a source of data that could provide location specific forecasts with greater accuracy than the freely available BoM data. This could then be live fed into a web based tool.

“Instead of relying on facility managers to input public data, we want the tool to automatically suck information from a model running in the background,” says Ed. “We can then give managers a heads up when a storm is coming through that’s likely to impact their assets.”

The good news is that we’ve usually begun our homework in advance. When an engineer designs a piece of infrastructure, they generally assess how well it will hold up against natural disasters in that region. This involves weighing up the building’s elevation, its main access routes, and the kind of forces in can withstand—all factors Ed and his team’s tool use to determine an asset’s risk of inundation. While a preliminary audit of an asset’s vertical level, vulnerability and criticality will need to be done before it can be input into the tool, much of the thinking that goes on under the tool’s hood has probably already been done manually at some point in time.

“We’re now automating that process to a certain extent,” says Ed. This means we can get the essential information, reliably to the emergency manager, right when they need it to make that daunting, time-pressured, evacuation decision.

This isn’t the first tool we’ve built to monitor assets against natural hazards. Tim Mote, a geotechnical engineer in our Sydney office who hails from natural hazard rich San Francisco, developed Hazard Owl over the last few years. Hazard Owl taps into many data streams, like earthquake registers and weather forecasts, and compares these against our records of what the nearby infrastructure can withstand. When a 6.4 magnitude earthquake rocked Taiwan in 2016, an early version of Hazard Owl assessed 40 nearby buildings within minutes against the likely forces incurred from the earthquake, and let owners know about the risk to their assets.

Although we’ve built Storm Surge as a standalone tool, we plan to add it into the Hazard Owl set. We have some way to go first though. One of the issues is that it can be hard to find publicly available meteorological data that’s fine grain enough to be used in our calculations. To solve this challenge, Ed and his team are partnering with a third party that specialises in modelling ocean weather to get the location specific information they need. Since we are building this to work for more than one site, we need to be confident in the data – both its fidelity and its scale.

“The new tool needs to take the level of detail up a notch to help people make well informed decisions” says Ed.

It’s important to clarify that the tool will not actually deliver evacuation advice, but rather provides the data that can be used in part to make the evacuation decision. The acceptable level of risk must always be defined by the facility owner’s risk management strategy, plans and registers.

Despite her tremendous size, Australia is a largely coastal nation. About 80% of Australians live within 50 kilometres of the sea and some assessments estimate more than $226 billion in commercial, industrial, road, rail and residential assets are exposed to potential flooding. The annual cost of flooding upon these communities is estimated at $900 million and is projected to double within the next 10 years as climate change causes our ocean levels to rise and weather patterns grow more intense. It may be too late to prevent these storms, but we can take the steps now to mitigate their impacts.

David and Ed are now testing their work in more locations, and are particularly keen to work with people who manage critical facilities, like nursing homes, by the coast. They hope that by providing more reliable, instant and appropriately scaled data to these managers, they'll be able support better decision making, and gradually help to improve resilience in those communities.

Ed is a maritime engineer in our Sydney team. 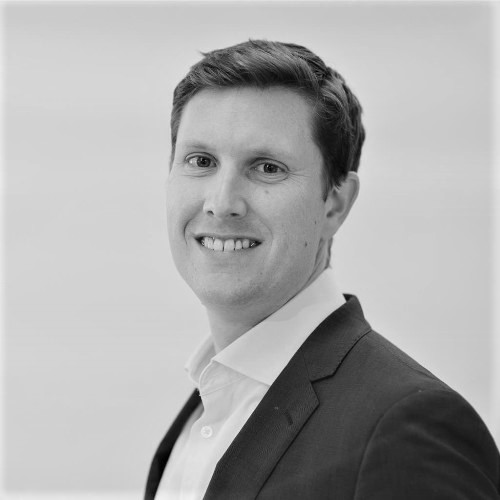 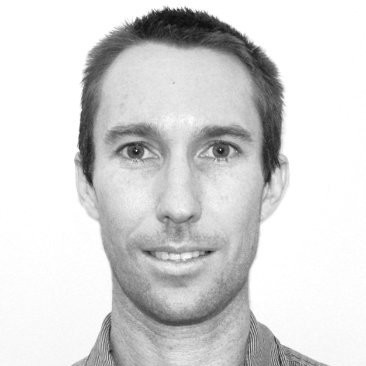 Mark
Aitken
Mark is a project manager with our infrastructure team in our Cairns office. 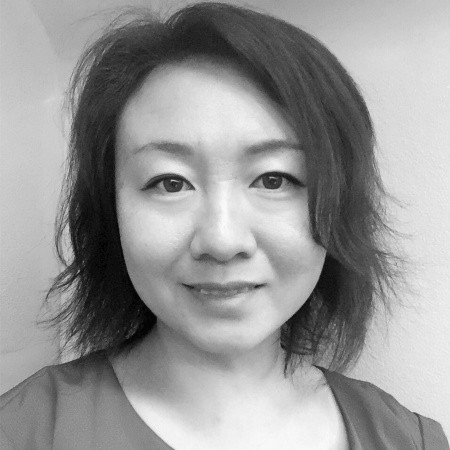 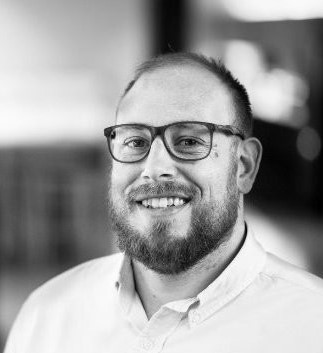 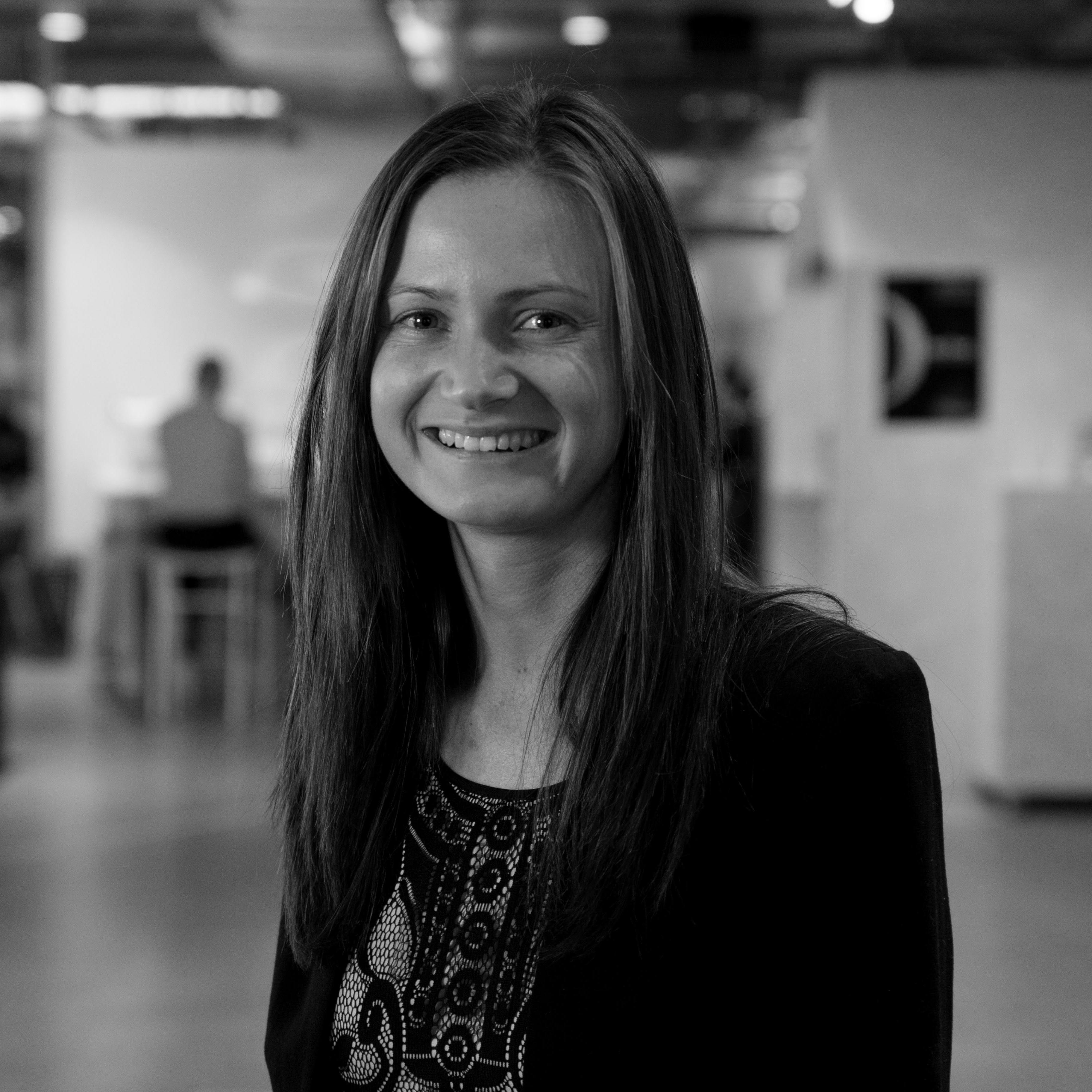 Sam
Diamond
Sam is a user experience designer and developer in our Sydney digital team. 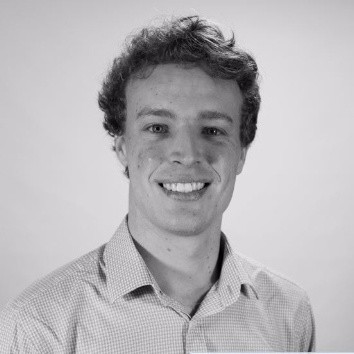 Thomas
Dunlop
Thomas is a civil engineer with our infrastructure team in Sydney.