issue
1
/
Transport
/
Under the viaduct
<

As our cities grow denser, space is at a premium. Can we redesign the neglected corners of our cities in a way that increases their social value as well?

As our cities continue to grow, the value of urban land will only intensify. This research project looks to maximise the economic value of underutilised spaces in a creative way that also maximises social value.

“The research looks at global precedents and case studies from around the world to see how we can do things better,” says Matt Lally, an Associate Director at Arup with a background in urban design.

“Key to our methodology has been to try to tease out lessons from these examples through a process we call ‘enquiry by design’,” says Matt. “To embark on a series of design exercises that allow us to do a deep dive into some of these hypothetical, but nonetheless realistic, instances and to draw out some what-ifs.”

This project began with a conversation about the revitalisation of the unused 80-year-old Sydney Harbour Bridge viaduct undercroft space, which was then underway. We then moved on to how this type of thinking might apply to the many thousands of bridges found in NSW, Australia and globally.

Examples like London's community-led Westway project and Paris' Viaduct des Arts told us more could be done with these neglected spaces.

In carrying out our research, we partnered with Roads and Maritime Services NSW alongside a range of other stakeholders. This partnership means research findings are developed with a knowledge of how the design, procurement, management and maintenance of transport infrastructure occurs with respect to key government and private organisations.

The research has created interest throughout the regions, with our Johannesburg office contributing findings from a light rail project they are currently working on in Addis Ababa, Ethiopia and our London office working with the Westway Trust organisation.

Under the Viaduct is the product of a simple act of observation and connection.“You walk around cities and see these amazing structures that criss-cross above our head but then look underneath and think 'surely we can do better than this!'” says Matt.

With an urban design background, Matt is part of an international team scouring the globe, from Ethiopia to New York, for examples where viaduct construction went right. The team is finding moments where these oft-neglected spaces have been networked into the community and city surrounding them. They have drawn inspiration from examples of ‘underneath’ zones that have been reinvented as civic and public places, knitted into the fabric of the city.
‍

“One modern example is the Westway project in London. Developed progressively over several years, a huge tract of spaces underneath the motorway was given over to a community group, working with the local council, to transform them into local workspaces, shops, offices, markets, and have made a huge positive contribution to the whole area in which it’s located.”

“We want to think of transport infrastructure projects in more than purely transportation terms—to actually think about the city-shaping potential of these projects,” Matt says.

Key to this is the philosophy of activation; the idea that building welcoming spaces beneath viaducts can inject a vibrancy into the adjacent area.

Matt and his team also emphasise that to be meaningful, the rejuvenation of these spaces cannot be an afterthought. Rather, the most successful projects have included the development of these spaces as integral part of the vision since day one. From safer pedestrian and cycle networks, to markets and immersive artworks, to office buildings, homes and shops, with care and imagination, the team is demonstrating how yesterday’s forgotten spaces can contribute positively to the vibrant urban neighbourhoods of the future. 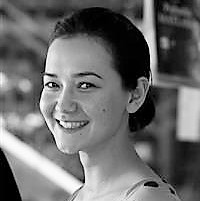