Water security is fundamental in live healthy and prosperous lives. Yet, reliable access to water is unequal across Australia. Rural communities can get left behind. Can we provide safe and affordable solutions that help bridge the gap?

You can find plenty of water in northern Australia but not much you can actually drink.

Jack Clarke, an engineer within our Environment and Resources team in Adelaide, saw the impact a lack of water security can have on a community first hand – while doing work alongside an Arup Community Engagement programme partner, at the border of Western Australia and the Northern Territory. A bore-hole that served as the single source of potable water for Frog Hollow, a local Wurreranginy community, had become contaminated. High levels of calcium and other minerals meant all water needed to be boiled before drinking. Having to boil water turned out to be more than costly and inconvenient, having wide-reaching impacts in the community’s economic development – especially around tourism-generated income.

Situations like the one in Frog Hollow are sadly not uncommon. Dotted across Western Australia, Queensland, and the Northern Territories, many are the rural communities that fall outside the boundaries of traditional infrastructures and services. These communities lack that storage and distribution networks present in cities, meaning they’re particularly vulnerable to periods of water stress. All it takes is a single drought, flood, or another natural disaster, to knock out the community’s single bore-hole or reservoir, leaving them with no alternative source.

Let’s imagine you are in the city, thirsty for a glass of tap water. You open the tap, water flows from the reservoir via a safe network of pipes, pumps, and treatment stations. The cost of laying and maintaining those assets is borne across hundreds of thousands of consumers through taxes, levies, or utility costs,meaning that water isn’t only reliable—it’s also pretty cheap. This isn’t true for rural communities. The smaller a population of an area, the more expensive it becomes to finance traditional infrastructure. Governments put less in, maintain resources less often, or – in some extreme cases – have even pulled out of rural communities altogether.

This leaves many remote, regional, and aboriginal communities around Australia in charge of their own resources. Jack and his colleague Alex — an engineer with the Environment and Resources team in Melbourne — began this research with the aim of giving those self-reliant communities better options. This encouraged them to focus on atmospheric water generation—a technology that works by pulling water from humid air. This process occurs by driving condensation through either low temperatures, high pressures, or even solid desiccants — and can create drinkable water directly at the source

While many technologies exist to drive the condensation process, all of them are energy-intensive. For this reason, atmospheric water generation technologies remain both niche and expensive. But much like early satellite mobile phones, there are contexts where they make sense because there’s simply no better options. These may be post-disaster situations where existing infrastructure has been compromised or in temporary settlements where investment in more permanent infrastructure doesn’t make sense. In extremely isolated communities the situation is similar — most don’t have sufficient infrastructure in place the begin with. Much like those early mobile phones, the quick to deploy and modular nature of atmospheric water generation technologies can provide these communities with the opportunity to leap-frog the need for heavy infrastructure upgrades altogether. But of course, new approaches to infrastructure require new economic approaches as well.

This encouraged Alex and Jack to look at how atmospheric water generation systems have been made viable using different financing models around the world. One community in rural Timor-Leste managed to offset costs by setting up a business that would bottle and sell water produced through atmospheric generation. High-quality water is an easy sell in a nation where citizens are used to purchasing treated water.

In parallel, the team have also studied the technology offered in Australia under a water-purchase-agreement type scheme, where the capital cost of the system is offset by downstream costs, tied to how much water is generated. The major input to any type of atmospheric water generation unit is energy. Ten years ago, generating water from the air at a remote ranger station would’ve required a diesel generator. Generating a litre of water this way had a carbon footprint three orders of magnitude greater than desalination. Now fuelling the process is becoming more affordable as renewable energy sources become available and battery storage technologies improve. Using solar panels can provide a much more passive and sustainable process – and overall, operating costs seem to be getting cheaper as technology advances. Still, technology and finance are only a part of the problem.

Finding the right balance between location and climate is a challenge in determining whether each technology will work best. - Alex Reilly

Not everywhere in rural Australia is humid, especially not year-round. The less moisture in the air, the more inefficient the process of driving condensation becomes. Wind speeds and atmospheric pressure and other environmental conditions also play a part.

Isolated parts of Australia are extremely dry, meaning that there isn’t enough humidity to suck from the air. The eastern coast is humid but generally built up enough to have alternative infrastructure in place. Areas with wide seasonal swings may only produce viable volumes half the year, meaning units need to be sized-up to take advantage of good days. Storage solutions for the dry seasons need to be considered, bringing additional cost. For this reason, the technology seems most attuned to the tropical regions in the country’s far north, where the climate is relatively consistent year-round.

Because it creates drinkable water at the source, atmospheric water generation can be seen as both a water generation and a water treatment solution. If you’re to draw parallels between this technology and other solutions, Jack finds that atmospheric water generation is somewhat similar to ozone treatment: it’s highly technical, it comes with a price-tag, but can reduce downstream challenges and operational costs. In the case of chemical treatment, treating an existing, contaminated, water source can reduce capital cost but also requires technical expertise on site, along with the operations requirements that accompany it. If that local knowledge isn’t present, it’s easy to do more harm than good.

As we grow our work with more remote communities, this research brings awareness to the many factors that can affect a community’s water security. Different communities have different conditions, different skills sets, and different needs – all factors that an appropriate solution needs to take into account. By investing in research in this space, we can help empowering local communities with managing their own water infrastructure, and in turn return agency to their lives. 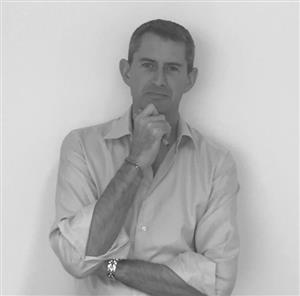 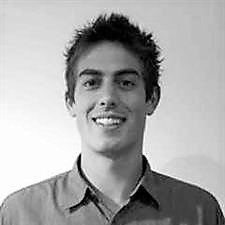 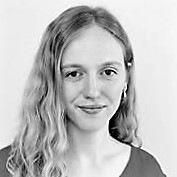